History of the church 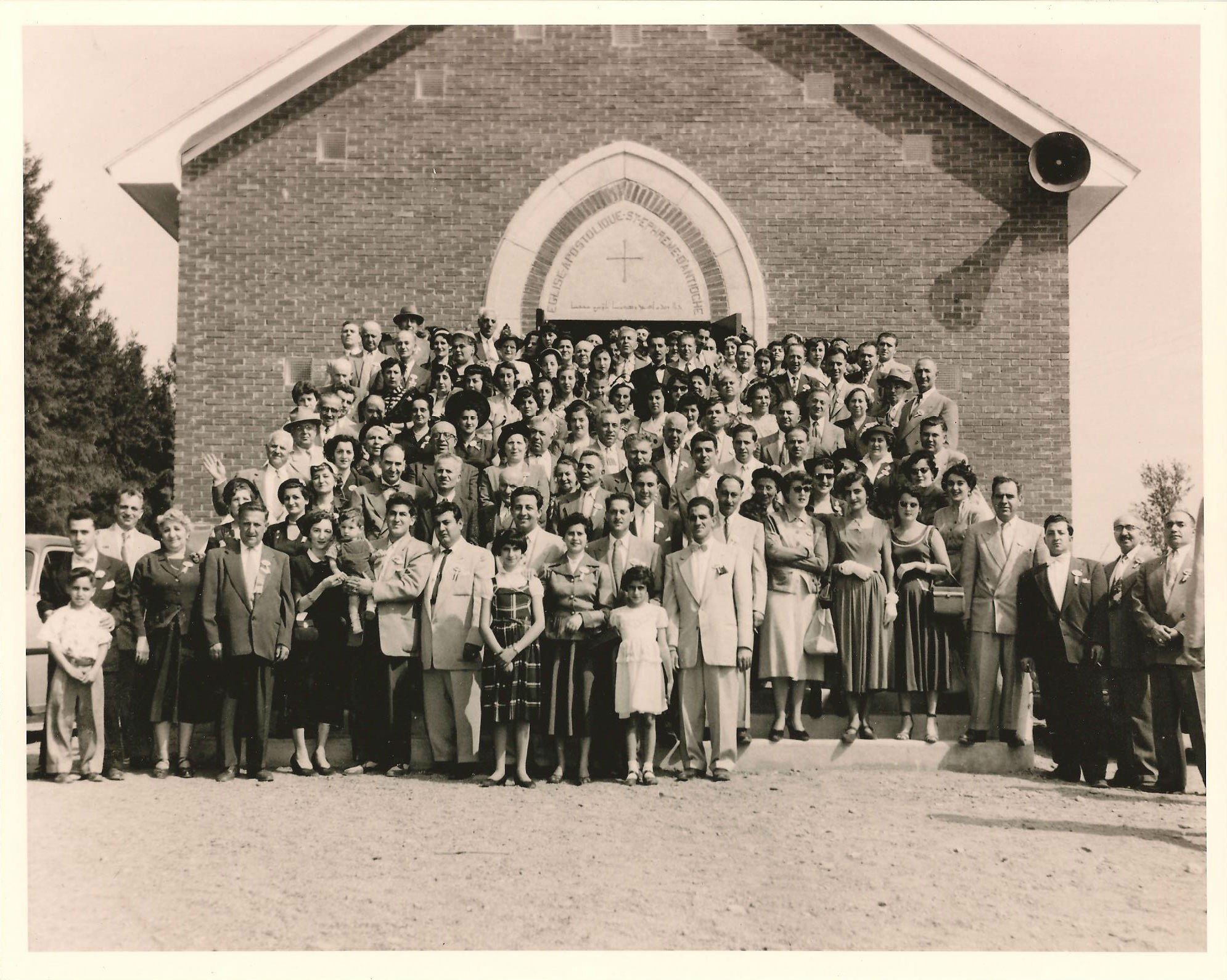 The first faithful of the Syrian Orthodox community immigrated towards the end of the last century. In fact, they came from Mardin situated in south east Turkey, a town where people were mostly Christians. The first member of that community arrived in Montreal in 1850 and was followed later on by his family. Relatives as well as many other Christians joined them in 1902. Reverend Gabriel Anto, originally from Mardin and related to some immigrants, came about 1907. He spent six months in Canada and celebrated Mass in private homes. Little by little other newly-arrived persons increased the number of the community and settled down in Montreal and in the Eastern Town-ships, and this until war broke out in 1914. Quite a number of families immigrated after 1920 and joined the other members already at home amongst the Canadian people. 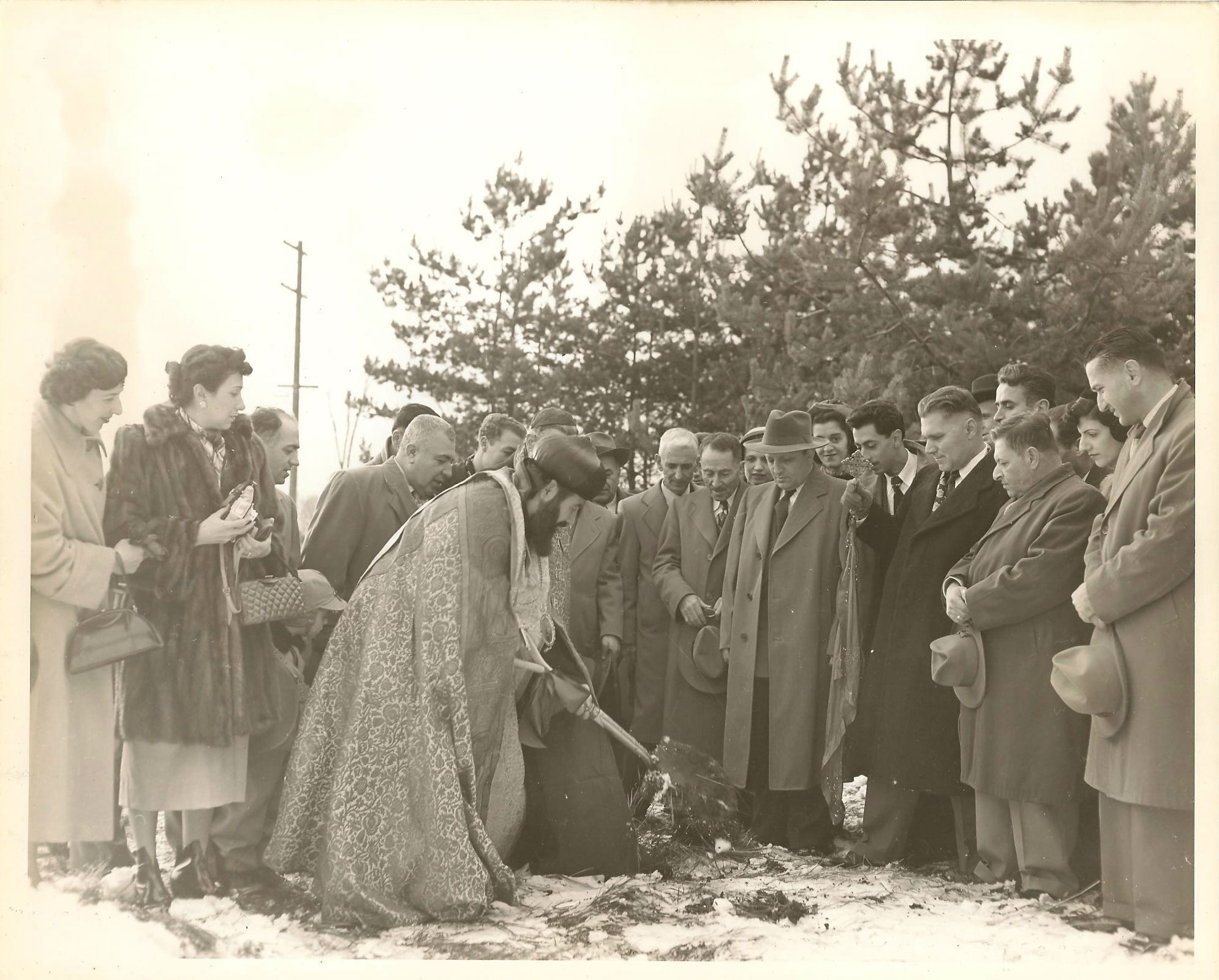 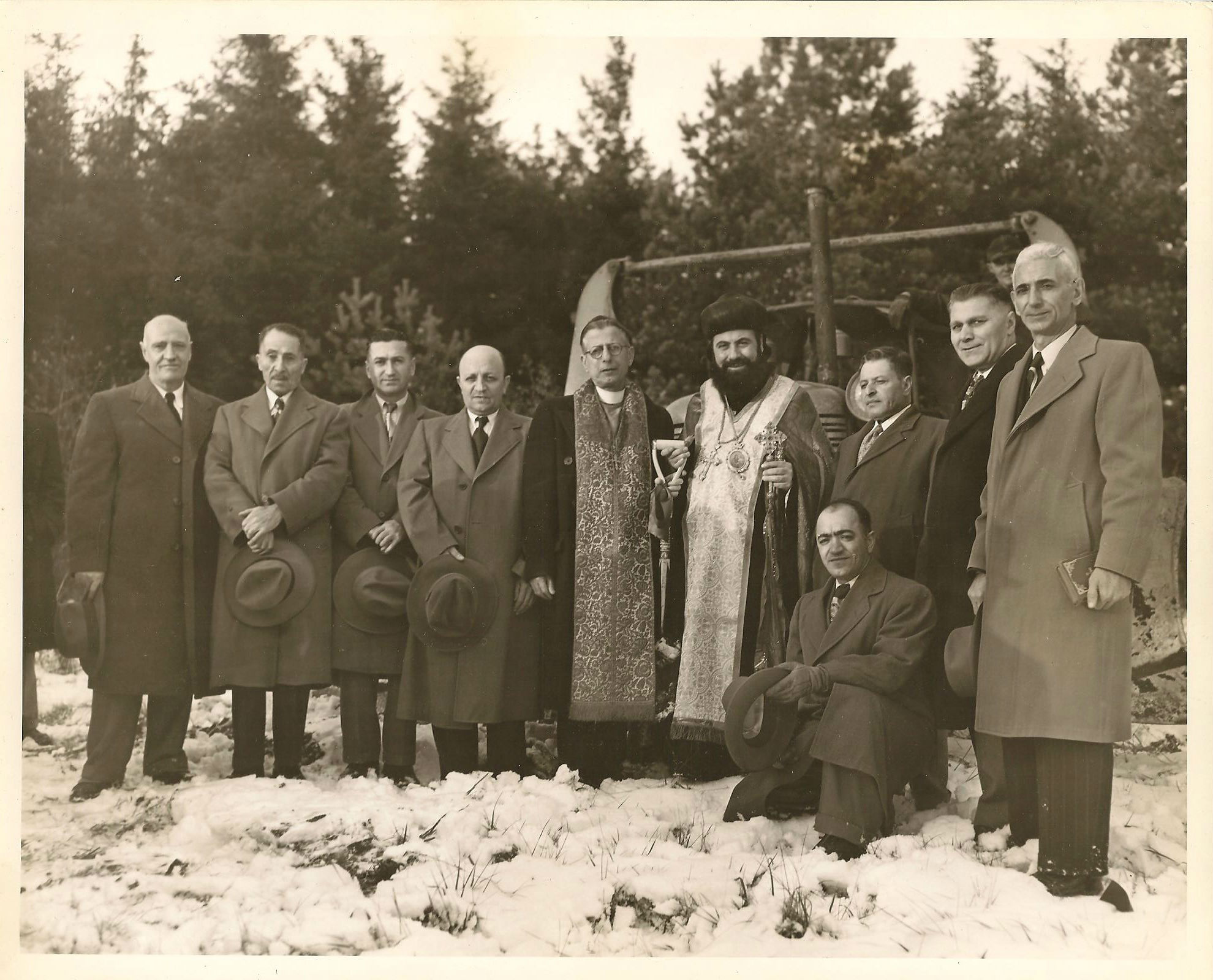 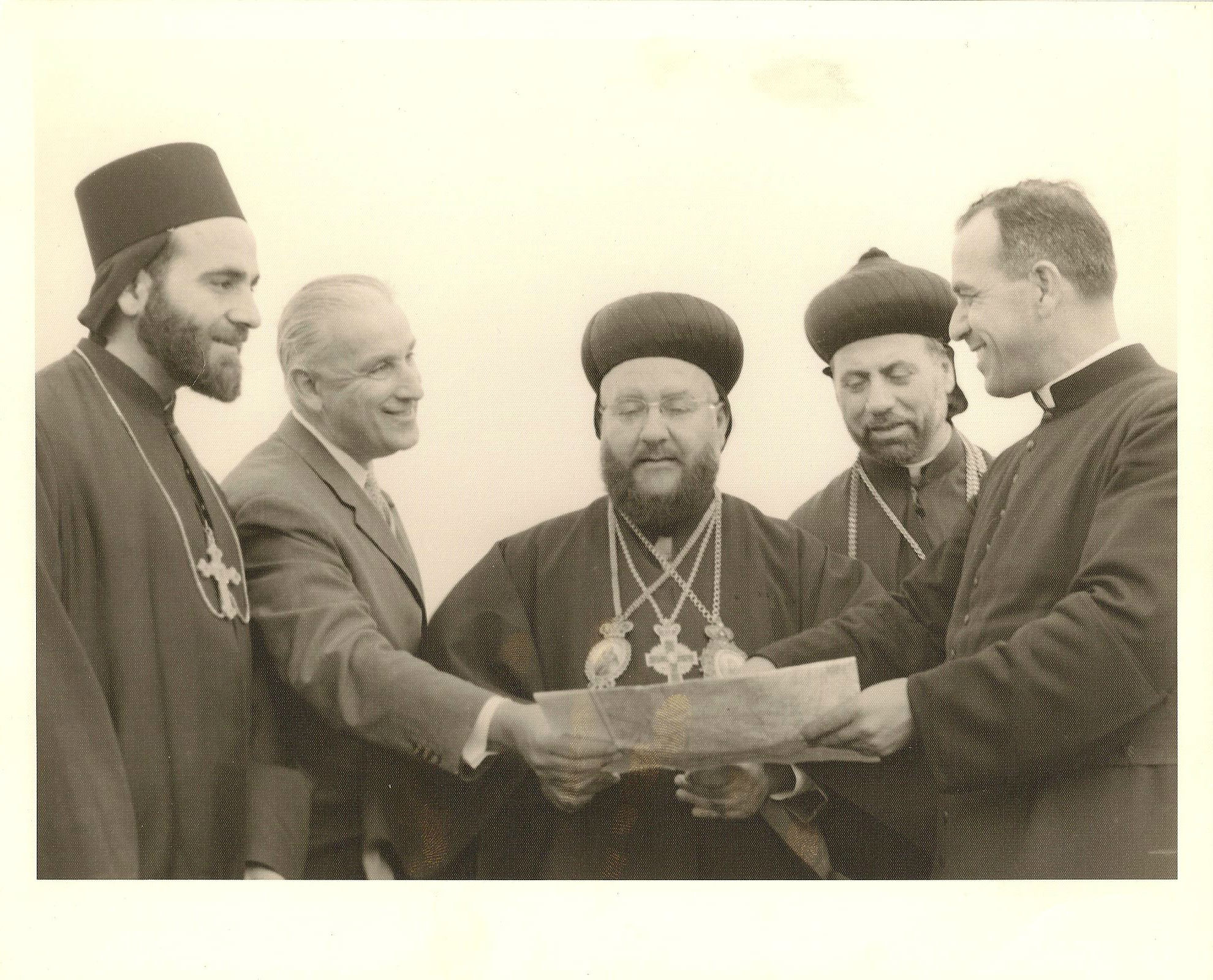 In 1929, Father Anto, who was then Archbishop, came back to Canada and spent three hears at East Angus, Quebec. Our attention is drawn here to a fact: while on a visit to Canada in 1927, Archbishop Ephrem Barsoum ordained Reverend Elias Sugar of West New York, N.Y. Father Sugar, a native of Mardin, knew most of the neo- Canadians. So it happened that a group of faithful gathered together with Archbishop Anto and Father Sugar in order to lay the foundation of a society to collect funds for the building of a church.

Archbishop Anto went back to Syria in 1932. Once or twice a year Reverend Sugar visited Canada, presided religious celebrations and carried on the apostolic work already begun.

The Society Mar Ephrem El Seriany was founded in 1941. Though the group was rather small and the members scattered over the province, they succeeded, with great efforts, in raising the necessary funds. Of course there was on lack of creative imagina-ingly a helping hand, and finally saw a dream come true in 1952 with the building of a church in Sherbrooke.

A noticeable event is also to be remembered. In 1948, Archbishop Athanasius Yeshue Samuel arrived in the United States. His aim was to make the Scrolls of the Dead Sea known to the people of the western countries. The Archbishop was one of the first persons to perceive how important that discovery would become for the Christians of the whole world.

After a while, Archbishop Samuel was appointed Archbishop of the United States and of Canada. He often visited the faithful of Canada and stimulated their

efforts. It was with great joy that he consecrated the Church of St. Ephrem in Sherbrooke in 1952.

In the month of August of the same year, came a well-known person: Most Reverend Carim Karma. He had just been ordained by Patriarch Ephrem and was specifically appointed to the Church of the Sherbrooke Community. Ever since, progress and that the Syrian Orthodox Community may feel at home amongst the Chris-tians of the western world.

In 1970, Reverend Karma was named Canon by His Eminence Archbishop Samuel, in presence of His Excellency Jean-Marie Fortier, Archbishop of the Roman Catholic Church of Sherbrooke, Rt. Rev. T.J. Mathews, Anglican Bishop of Quebec City. Many dignitaries from the city of Sherbrooke attended the ceremony.

Reverend Karma is, since 1964, a member of the Oecumenical Council of Sherbrooke . Great work is being done by the Council to promote the unity of the Christian Churches in the region.

The Silver Jubilee Celebration of St. Ephrem Church and of the priesthood of Very Reverend A. Carim Karma was held on July 23rd was officiated by His Eminence Mar Athanasius Y. Samuel and was followed by a reception and banquet attended by many dignitaries, parishioners and friends.

St. Ephrem Church is supported actively by two main bodies along with a flock of devoted parishioners. The first of these bodies is the Board of Trustees and the second is the Ladies Auxiliary. Over the years both groups have been extremely active organizing numerous fund-raising events such as brunches, dinners, golf tournaments and raffles. The funds derived from the activities helped to guarantee the up-keep and financial health of our Church.

On September 14th His Holiness Moran Mor Ignatius Zakka I. During his stay, His Holiness was received by Very Reverend Karma, members of the Church Committees, and parishioners alike.

In 1987, the church hall was completely renovated. This was made possible by the Ladies Auxiliary who donated the monies needed for the project.

In May 1991, Very Reverend Karma initiated and hosted the first of an annual three day retreat at the St-Benoit-du-Lac Monastery. Participants included His Eminence Archbishop Samuel and the majority of the archidiocese’s priests from Canada and the United States. On the third day, an oecumenical mass was officiated by His Eminence assisted by the attending clergy as well as the monks of the monastery.

Countless St. Ephrem parishioners and friends were present for this auspicious occasion.

Over the years, Very Reverend Karma has hosted numerous clerics from various other denominations who assisted him in the celebration of our Church  services.

Also, several bishops from the Middle East have visited St. Ephrem church and have returned home cherishing fond memories of their visit and feeling  extremely proud of our church and community. 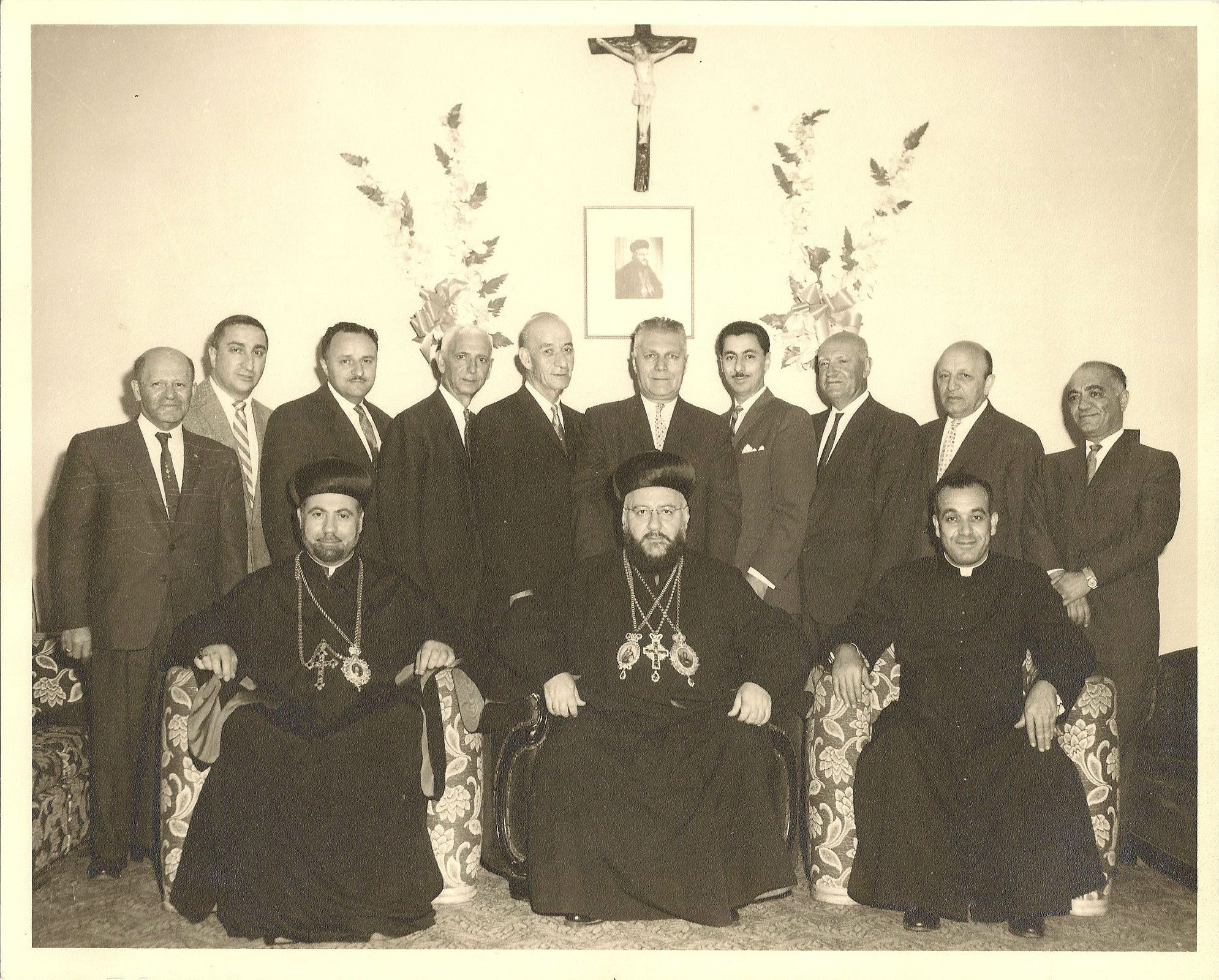 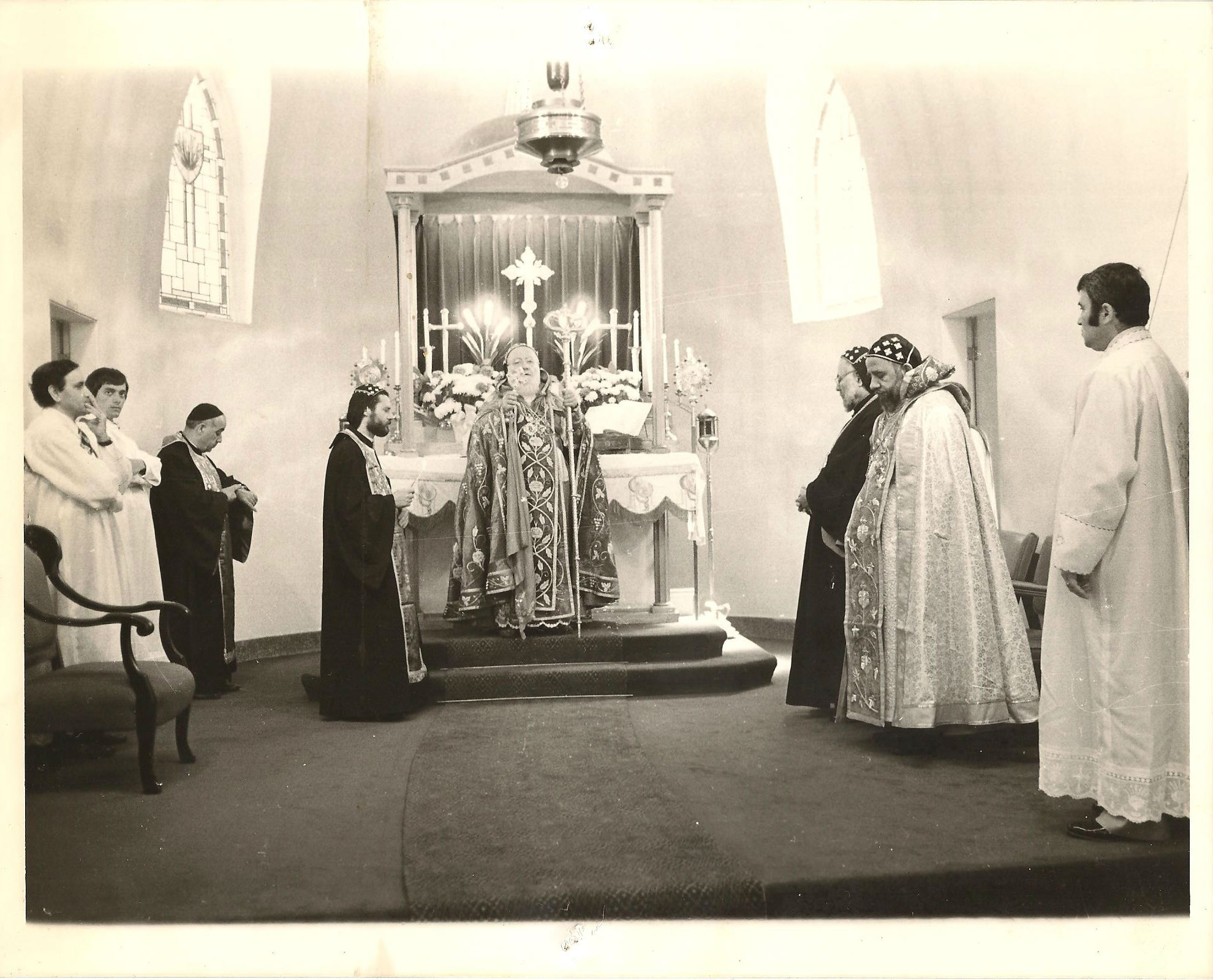 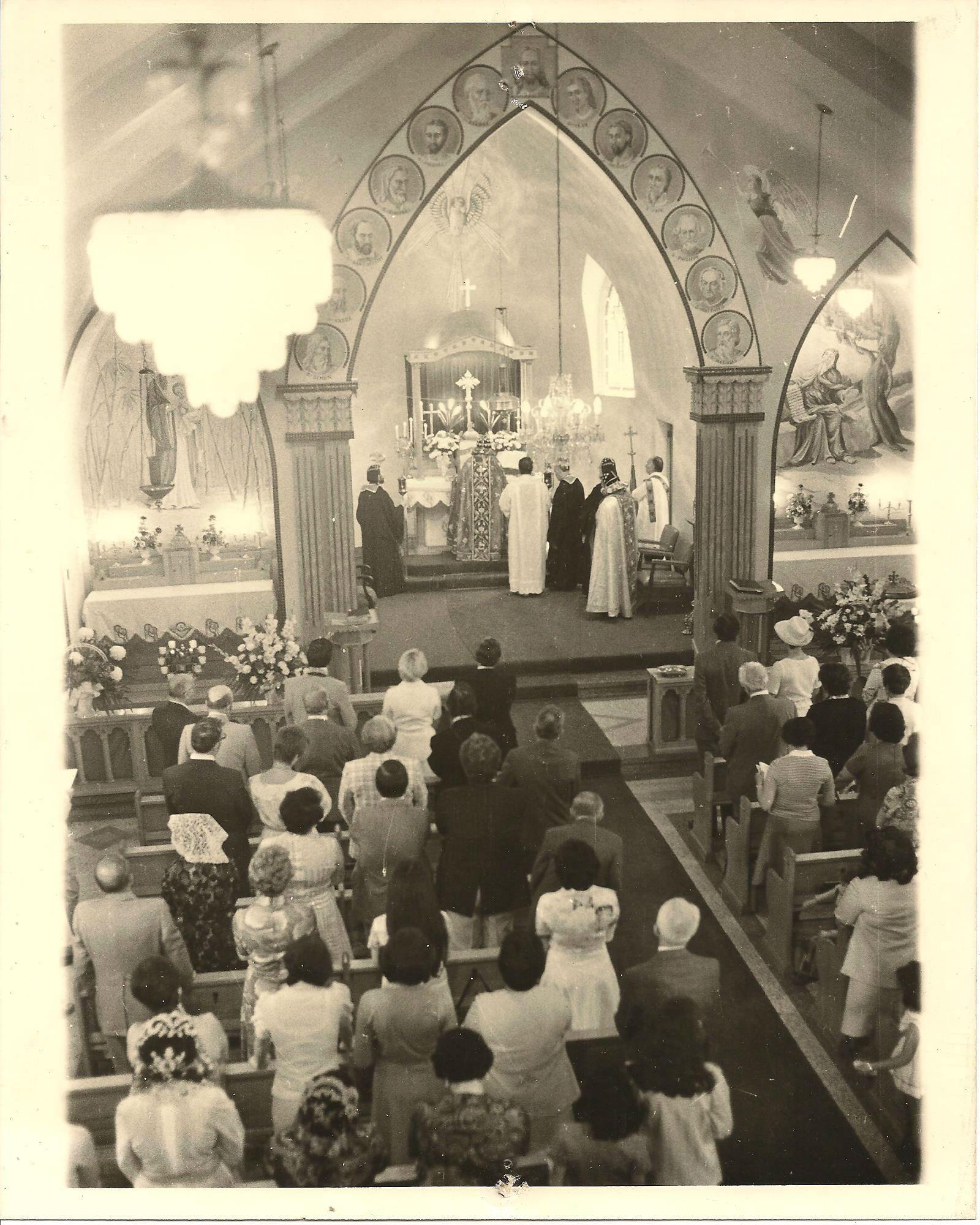 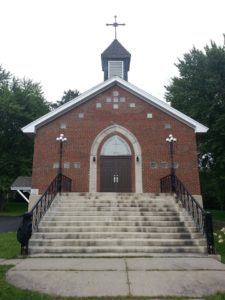 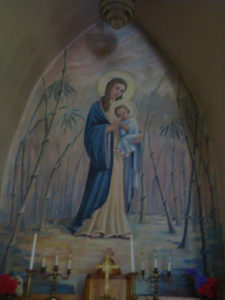 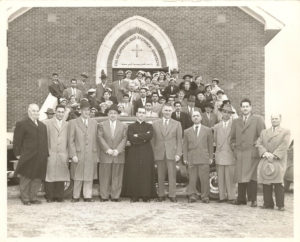